If you want to do big game offshore fishing but don’t want to deal with an overpriced/oversized sportfish that gives you more headaches instead of pleasure, then the Boston Whaler Outrage series is the right fit for you.

These vessels are designed specifically to handle any big swells with its 23 degree deadrise on the bottom of the haul allowing for a much softer landing than most other center consoles. In addition, it is equipped with 20 gal live wells, port and starboard macerated/insulated fish boxes, interior and exterior rod holders, tackle storage, fresh and raw water rinse down, and much more for the avid angler.

It also has plenty of luxury features such as the comfortable aft pull down seat, the forward lounge sun pad, and additional forward seating with an optional table that is easy to install for when you’re cruising the intercoastal with the family. 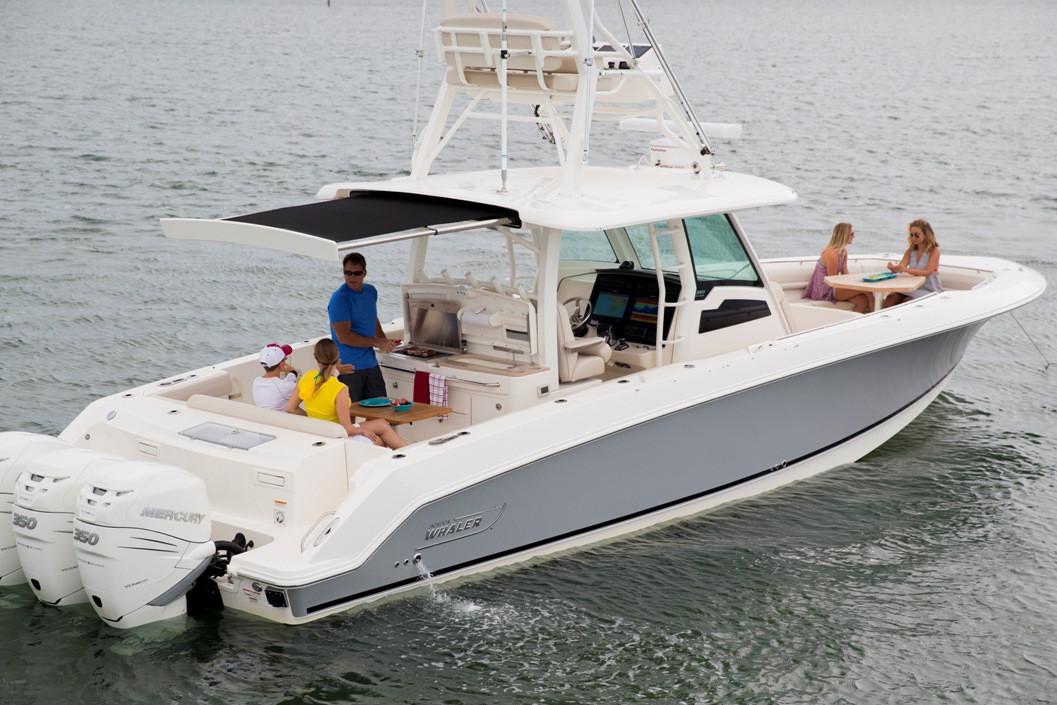 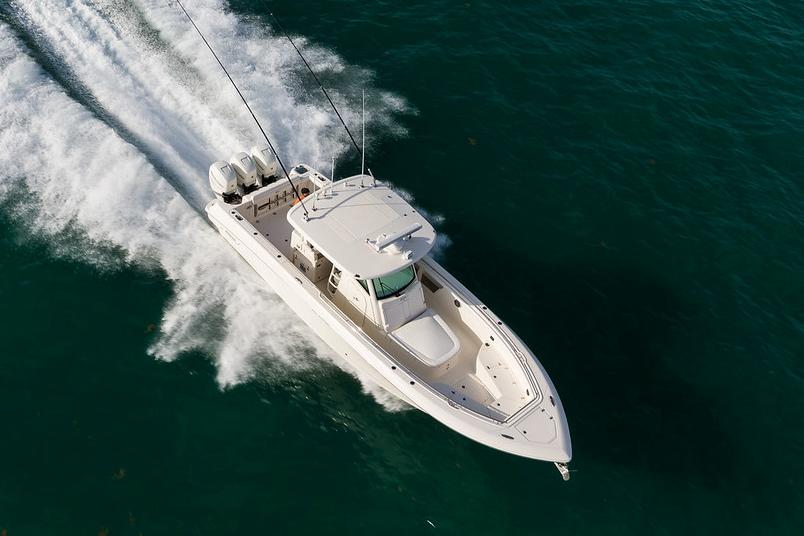 What is the outrage series most known for?

In my opinion, I believe that the Outrage Series is most known for its fishing capabilities. For instance, we had a 38 Outrage that we used for fishing tournaments last year. It was phenomenal. The amount of room in the back that it gave us, we had probably about four or five anglers in the stern, multiple anglers on the bow, and about two or three on either port or starboard sided depending on which way we were drifting with the tide that day. Very large live wells, macerated insulated fish boxes, plenty of room for all your tackle, plenty of rod holders, I just believe it’s a great, fishing center console boat.

Can you still use the Outrage series for family and comfort cruising or is it strictly fishing only?

Oh, 100%. You could definitely use the Boston Whaler Outrage for family cruising and comfort. There’s plenty of bow seating and a bow lounge as well, there’s a stern bench that pulls down. And on the 42 Outrage, there’s two rows of helm area seatings, as well as a shade that retracts in the aft and a bow shade that is easily attachable.

Have you ever been offshore in an Outrage in rough seas?

Yes, more times than I’d like to admit, for sure. Every single time I’m out there in rough seas in an Outrage, I feel completely calm. I know that the boat is going to handle well. The performance of the boat is not going to give me any issues and we’re gonna get to our final destination every time. I have no doubt about that. The great thing also, that gives you a good peace of mind while you’re out there is that the Boston Whalers are the unsinkable legends. They will not sink. They could flip over, but they will not sink, no matter what.

What are the size ranges and how many people fit on a Boston Whaler Outrage?

The Outrage series ranges from 23 ft to 42 ft, obviously, the smaller the boat, the less room you’re gonna have, the bigger the boat, the more room you’re gonna have. In general, on a 28 ft boat you can put 6 to 8 people on it, depending on what you’re actually going to do. On the Outrage 38, we had about 10 to 12 anglers on it and we had no problem getting around. On the 42, you’re looking at about 15 anglers or friends and family with no issues, walking around is very easy still. When you’re trying to decide on which boat to go with you’ll want to take a look at the specs to see the passenger capacity each model is rated for and think about how many people you see yourself taking out on a regular basis.

Looking to Buy or Sell a Center Console Boat? 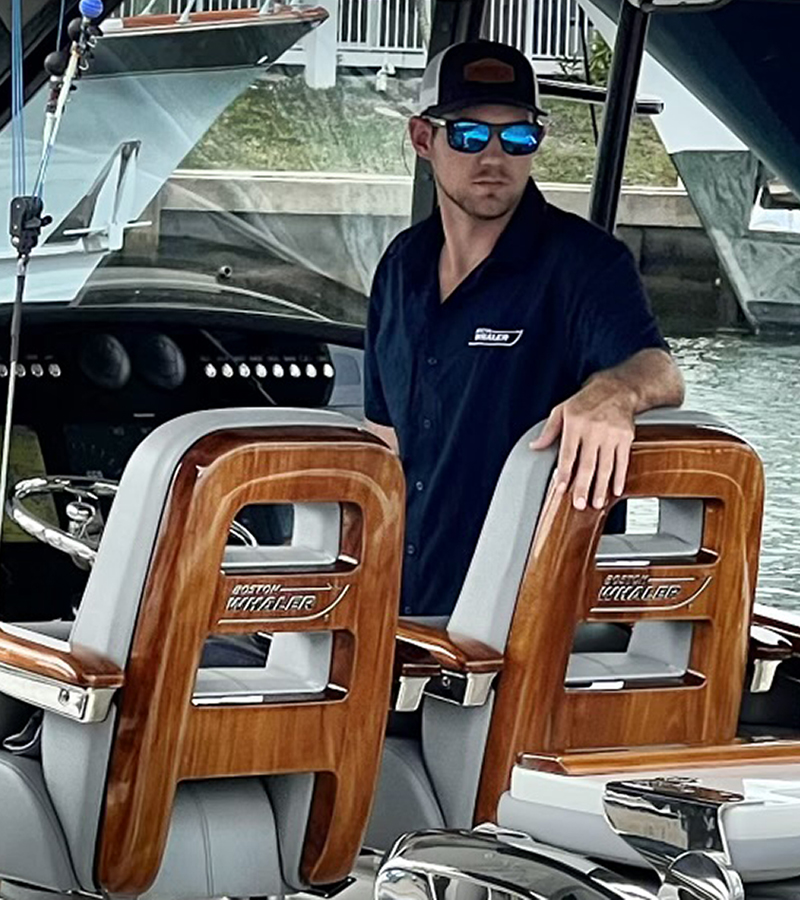 Justin Rodriguez has experience operating Boston Whaler boats as well as many other center consoles and fishing yachts. His in-depth knowledge of the boats and the current brokerage market is valuable to clients whether selling or buying yachts.

All Boston Whaler Boats For Sale

Send a message for more information about this yacht.